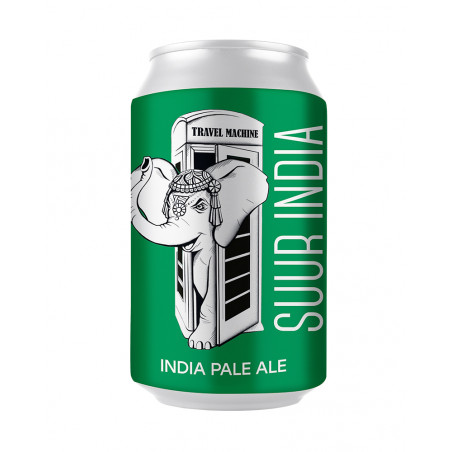 India Pale Ale is one great traveller. This strong, hoppy beer was exported from England to India in the 18th century. Over time, exports decreased and, by the middle of the last century, this extraordinary beer style was in decline. In the 1980s, however, IPA was revived by American craft brewers and was reborn stronger, hoppier and is now more popular than ever. Rumours about this magnificent beer also made it to Europe and so the prodigal son made it back home.

Now, a piece of this crazy hoppy-history has reached you. This gold beer celebrates a wild party of Simcoe, Amarillo and Columbus hops, so there is little room for anything else.